RYAN PROSSER SIGNS FOR THE CAMARMY 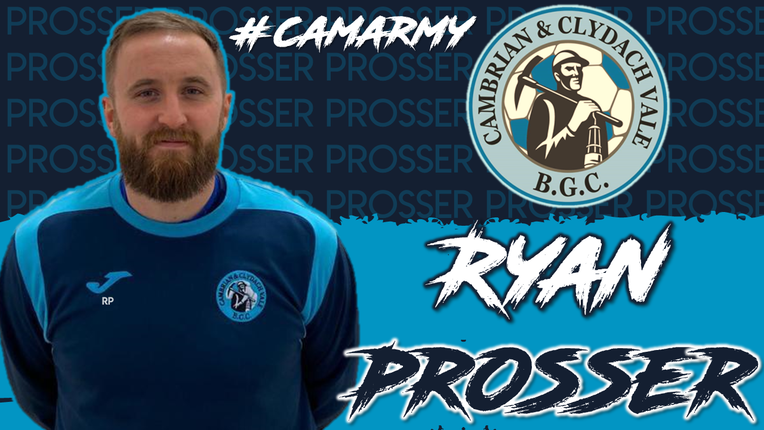 We are delighted to announce the signing of prolific goalscorer Ryan Prosser from Merthyr Tydfil FC. “Pross” who’s famous beard was loved by the followers at Merthyr, was equally adored for his goal scoring exploits for the Martyrs over a decade which seen him become a fans favourite at Penydarren Park. He played over 350 games, averaging nearly a goal every 2 games.

Ryan, who resides in the RCT area had this to say this evening having completed his transfer. “After 10 successful and enjoyable years at Merthyr Tydfil FC i felt at this stage of my career a fresh challenge was needed. I can’t thank everyone at Merthyr enough for my time there. Now i look forward to helping Cambrian & Clydach Vale BGC over the coming seasons and hopefully i can help fire us to the top tier of Welsh Football.”

Manager Dane Williams is delighted with the signing. “I am over the moon to have Ryan with us at the club. He is a player we have wanted for a long time. His experience and undoubted ability to score goals will be a massive boost for us all.”

Director of Football Mark Morgans had some final words on the transfer. “I would like acknowledge the work of Dane around this signing. He identified Ryan as a target back in 2019 and the transfer became a real possibility a few weeks ago. Dane has grafted and grafted to get this over the line for weeks and the Board of Directors and I are happy to back him in his quest to make us competitive in this fierce league, its a real coup for us and credit must go to our manager. I must also go on record and congratulate both Ryan and Merthyr. In my opinion loyalty is seeping out of the game, and for him to play 10 seasons there shows real quality in terms of his character. I am pleased he is willing to take his next steps with us in what was obviously a difficult decision for him.
Welcome to the club Ryan!!

In other transfer news…..U17 development players Dylan Reid and Dewi Abbruzzesse have both left the club until the end of the season joining Aberdare Town FC. Scott Lewis, our highly thought of U18 development player has joined Penrhiwceiber Rangers.

We don’t expect any more incomings or outgoings in the January 2020 transfer window.

We use cookies to ensure that we give you the best experience on our website. If you continue to use this site we will assume that you are happy with it.Close